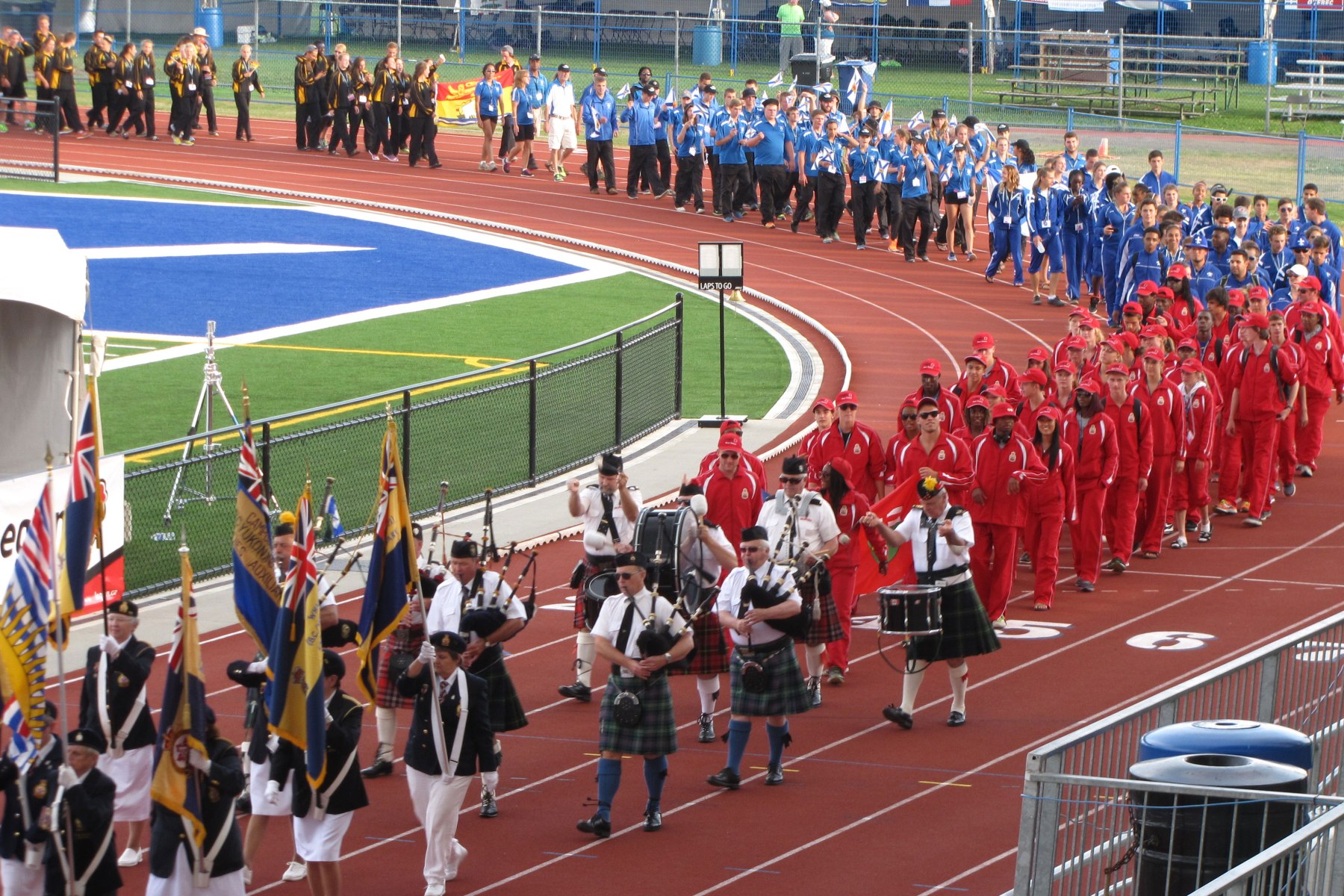 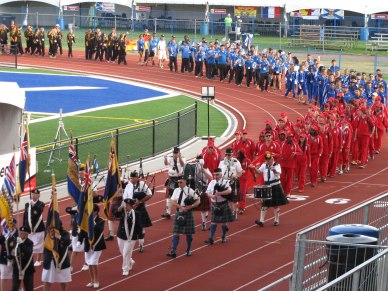 Track and Field does not get much better than this. VOC won three Gold and one Bronze medal in three days of the 2014 Canadian Legion Championships in Langley, BC.

Four VOC members: Thomas Nobbs, Anastase Eliopoulos, Hannah Johnston and Jasper Schiedel were the only four athletes from the City of Vancouver selected for the 2014 BC/Yukon team.

on the podium for the steeplechase

There was great delight and satisfaction for Thomas Nobbs who won the title of Canadian Champion for U16s this weekend in the 1500 steeplechase after a very serious year of training. He dominated the 1500m steeplechase at the Legions breaking Chris Winter’s BC record that had held for thirteen years with a new time of 4:18.39. He also ran a personal best by 3 seconds in the 1200m ranking 4th with a time of 3:14.59.

Samantha Cho earned gold in the 3000m Race Walk for U18s. She led the race from the gun to finish, demonstrating solid technique, and celebrating her first Canadian Championship title with a great result of 16.27.56. 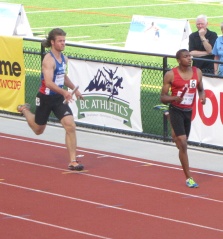 Jasper Schiedel in the 4×400 relay

With an injection of speed in the first 200m in the 300m Hurdles, Jasper Schiedel (U18) came fourth at the finish line with a time of 40.22. He had an amazing run in the 4x100m relay finishing his leg with a somersault. He made the break that took the BC Youth team to a successive relay crown winning the gold. He also ran a personal best split time of 50.93 in the 4x400m relay.

Jessica Hanson entered the event with a PB of 1.71m from the Jack Brow Meet in Kelowna. Her jumps of 1.65m and 1.68m with four step approach were very impressive. Following these jumps, she did not adjust well on the curve and missed the heights of 1.71m that would have given her a medal position.

It was a fantastic weekend and a great experience to compete with the top athletes from coast to coast. Thank you to the Legion for hosting a wonderful event . This opportunity is so important to the growth and development of our athletes. We look forward to meeting with new friends from across the country in competition again next year.

← JDs on the podium at the BC Championships.
Great Showing for VOC Athletes at the Pinetree Classic Cross Country Meet →